How to create your own app for taxi like Uber, Lyft & Ola? [Complete Guide] 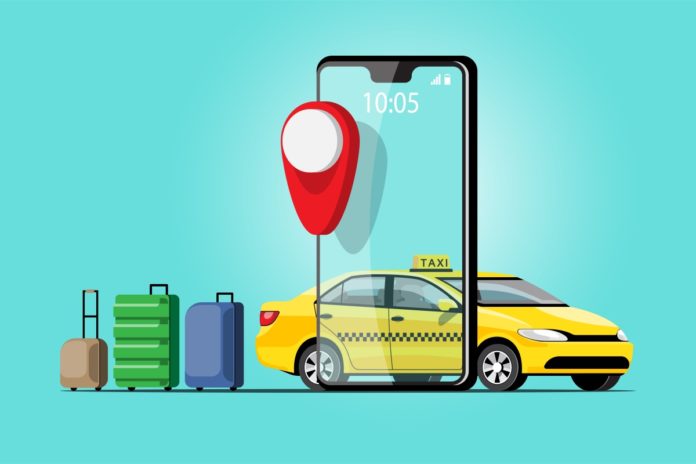 Moving from one place to another has always been an integral part of human lives even before civilization set in. There have been a few defining moments that redefined our understanding of movements. The invention of the wheel, domestication of animals, and the invention of combustion engines can be considered milestones when it comes to transportation. Some innovations do not take transportation forward vertically but rather horizontally.

While the invention of the motorcar can be considered important, another recent innovation that holds an important place in the almanac of transportation is the introduction of on-demand transportation. This revolution was spearheaded by Uber, which was once considered an obscure startup in San Francisco, but today is a company valued at more than $93 billion.

What Uber did was, in essence, to unify the demand and supply by using a platform. The extra mile that Uber went was in effectively utilizing the technology available at that point in time. For instance, Uber used the GPS and a personal profile to identify who the user/potential customer was and where exactly they were. In addition, there are a few features that can be considered inevitable for an app like Uber.

The registration should be made simple and easy both for the driver and the passenger. The passenger should be able to sign up using legacy credentials like Google and Facebook in addition to the usual email address and phone number registration. The registration should immediately create a profile for them that will keep a record of their ride history, the usual pick up and drop locations, the default payment instruments, and certain contacts. For the driver, in addition to the registration, they should also have an identity verification process in place to ensure that passengers do not get into any trouble.

It would not be an exaggeration to say that the GPS is the epicenter of the ultimate revolution, and Uber was the first company to realize the potential and open the floodgates to a new business model that could impact every service provided. The GPS should not only help the driver identify the location of the customer, but also help them navigate to the destination through unknown locations. From the customer and, the GPS should help in showing in real-time, the moment of the driver. The GPS also comes in handy during SOS moments.

On the surface, it would seem that the features mentioned above are more than enough to run a taxi app business… At least with the three different apps for the user, the driver, and the administrator. However, if you would like to differentiate yourself from your competition that offers the same service, there are certain things you should consider from multiple dimensions.

The process of booking a taxi should be simple and straightforward. Although the business model of Uber played a major role, it was the simplicity that attracted people to use the app. They made it possible for any user to book a taxi in less than three clicks, and that too, a taxi that can arrive for pick up at the exact location they are in. This was a massive upgrade from the cumbersome phone calls with the taxi company and the driver that they had to undergo.

Another thing that Uber mastered is minimizing the necessity of human intervention. At first glance, producing such infrastructure requirements might seem like massive cost saving which is true beyond question. However, this perspective also helps scale your business without any difficulty. Since the allocation of caps is completely algorithmic, people who run an app like Uber can launch the app, put their feet up and relax when the entire business keeps running.

Uber also capitalized on the gig economy and has effectively done it by engaging non-commercial drivers. Taxi companies had an issue with addressing the fluctuating demand. They had to recruit drivers who might not do anything else but wait in the garage for the next order. On weekdays, there might not be any order and about 60 to 70% of the cabs would not have any engagement. On weekends, however, there might be bookings beyond capacity and the company finds it difficult to handle. Uber, however, employed The gig methodology where drivers are not employees but partners. Therefore, they get paid for every trip on a commission basis. Uber also distanced itself from its responsibilities as an employer and the ensuing liabilities.

Perhaps the biggest contributor to the success of Uber was the way in which it focused on solving the problems faced by the user. Uber did away with all the uncertainties associated in building a cab. Almost every problem associated with the process like the availability of the cabin, the fear of unknown destinations, the uncertainty in pricing, the availability of the exact fair, the submission of feedback on bad driving, and even the kind of car that you would like to hire for a specific Acacian was all sorted by a single mobile app!

An app like Uber is, without question, a grand culmination of intuitive design, impeccable database management, and robust operations. It might seem that the cost to build an app like Uber would drain anyone of all their fortunes. It cannot completely be denied that there are certain operational challenges involved. However, technology would be the least of your worries because of the availability of white label solutions.

White label Uber clone app is a ready-made product that is customizable according to your requirements. It can be made to bear the features of your choice and can also be garnished with your brand elements. If you are one of those aspirating entrepreneurs who would like to build a business like Uber, all that is left for you to do is to get in touch with a company that specializes in the development and customization of the Uber clone app.

They will take it to understand your requirements and present you with perfect solutions that help you kickstart your ride into the territory of profitability… One booking at a time!

Jennifer Atkinson
Jennifer Atkinson is a Growth Hacker at AppDupe - which is a pioneer in on-demand app development and an one-stop solution for all your digital business needs. She is also a blogger and a growth hacker who loves to find new business ideas and help startup entrepreneurs with business consultation.

The Use of Custom Packaging as a Marketing Instrument

3 Reasons Why You Need a French Style Coffee Table

Know About the Unsecured Business Loan Eligibility and Document Requirements

Learn How to Read the Cryptocurences Market

This website uses cookies to improve your experience while you navigate through the website. Out of these cookies, the cookies that are categorized as necessary are stored on your browser as they are essential for the working of basic functionalities of the website. We also use third-party cookies that help us analyze and understand how you use this website. These cookies will be stored in your browser only with your consent. You also have the option to opt-out of these cookies. But opting out of some of these cookies may have an effect on your browsing experience.
Necessary Always Enabled
Necessary cookies are absolutely essential for the website to function properly. This category only includes cookies that ensures basic functionalities and security features of the website. These cookies do not store any personal information.
Non-necessary
Any cookies that may not be particularly necessary for the website to function and is used specifically to collect user personal data via analytics, ads, other embedded contents are termed as non-necessary cookies. It is mandatory to procure user consent prior to running these cookies on your website.
SAVE & ACCEPT