As the world evolves, new generations with significant exposure to knowledge and technology have transformed the way humans perceive their lives. Back in those days, when communicating with each other used to be using a device called telephone where we talk to the speaker and at the other end, the person hears it through the receiver. But talking has been replaced with ‘texting’. Sending messages through texts has been famous since the launch of mobile phones. There come smartphones, an internet-enabled device with advanced applications that make us feel close to everyone irrespective of how far the person lives. One such revolutionary product is the messaging app like WhatsApp.

WhatsApp is a cloud-based messaging app used to send messages to anyone in the world. It is free to use, and it permits sharing files also.  It is the most used app around the globe. Last year in 2020, the total WhatsApp revenue was 5 billion US dollars with 2 billion users worldwide.

A Whatsapp clone script is the duplication of the original whatsapp but in a cost-effective and budget-friendly way which can be developed by anyone who wishes to provide an exotic product to the consumers. It takes fewer hours for its development, let us look at the steps to develop a whatsapp clone.

There are 3 types of platforms available. They are:

Also, there are two versions such as Android and iOS versions.An Android version cannot be used on an iOS system and vice versa. one can choose anyone out of them or both versions to develop their app.

One has to decide on the number of features that are to be included in the app. The following are the essential features in the WhatsApp clone.

The development of a WhatsApp clone script involves two sectors. They are:

The back-end development is the backbone of the app that has the programming required for features, buttons, and other necessities necessary by the app for a smooth performance. It is the most crucial part of app development as this is where the programmer gives brains to each and every button and others that are present in the app. It is linked with the database, manages user performance, and powers the entire app. It is essential to run multiple tests to make sure this is bug-free and performs well.

The front-end development is the UI/UX design that enhances the look of the app. This is done using a graphical interface and it helps to make the buttons and other features give a form and are easily accessible by the users. It is important to put extra effort on the front end to make it look unique and appealing to the customers.

Many other apps came to the market and tried to surpass WhatsApp like app development with their more advanced features. Yet, WhatsApp remains to be number one in the market because its frequent updates and adding up attractive features, and focusing more on security have made the app reliable and trustworthy among the population. 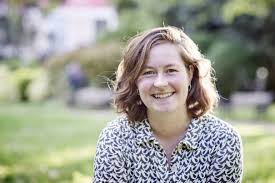 sherly dazz
Sherly dazz -A Content marketing expert, Turnkeytown I am well-skilled in increasing website traffic by formulating a comprehensive digital content strategy. This contributes to better brand awareness for businesses in the online world. I am also proficient in writing content on Mobile Applications.