Two decades ago, Bajaj launched a new 150 motorcycle under new branding, i.e., Pulsar. The new 150-variant of Pulsar received a tremendous response in the market, and the craze for the powerful sports commuter refuses to die down. Among the 1.8 crore Pulsars that Bajaj has sold in 18 countries, a significant share is Pulsar 150s. In the following article, we will discuss top facts about the highest selling bike by Bajaj.

The main reason behind the staggering popularity of the Bajaj Pulsar 150 is the power and pickup it offers through its 150-cc engine. The bike is mainly famous among college-going youngsters and regular commuters who get an ultimate combo of style and statement through the sporty-looking motorcycle, which offers a reasonable mileage. The classic Pulsar is an excellent deal for an entry-level bike for the Indian two-wheeler market.

As for the power it generates, its 149-cc air-cooled single-cylinder engine generates a thumping 15.1 PS @ 9000 pm and 12.5 Nm peak torque @ 6500 rpm, and it delivers the power through a 5-speed constant mesh gear system. The numbers might appear to be intriguing when you think of 150 cc engine bikes. However, the pickup and performance it offers are unmatched to date, and that is why the motorcycle owns the respect of most experienced riders.

When Bajaj launched the Pulsar in 2001, the design immediately clicked with the youngsters, and its aggressive front look and muscular tank added to the whole sporty appeal. While the new Bajaj Pulsar 150 has undergone several tunings in design and look, the request remains intact.

The bike carries a unique design, and it cannot be confused with any other bike in the market except for its siblings, i.e., Pulsar 180 and Pulsar 125. The new design details include:

Bajaj is known for improving its two-wheelers with features while being quite generous in the Bajaj bikes price list. While some features like digital instrument console, tubeless tires, self-cancelling turn indicators, clip-on handlebars, and backlit switches have been a part of the Pulsar 150 package for a long time, it has continuously added new features like split seat and LED headlamps to the new variants.

It is an essential fact that alloy wheels, electric start, and disc brake were a part of the standard model of Pulsar 150, while its competitor bikes offered the same features optionally at an advanced price. These features increased the bike’s reputation even further, and it took no time in overtaking its significant rivals.

Bajaj bikes are generally known for their pocket-friendly costs and economical spare parts. As for the BS VI model of Bajaj Pulsar 150, it carries an ex-showroom price of INR 94,650. Initially, it might sound above average for a 150 cc bike.

But if we take a closer look at the basket of features and performance parameters, we know that the bike is worth every penny we spend on it. Bajaj adds more features to its signature Pulsar without a jump in the Bajaj bikes price list.

Mileage is an essential parameter for Indian buyers as they intend to use their two-wheeler for daily commutation, and Bajaj Pulsar 150 ticks all the boxes so far. The DTS-I enabled motorcycle has a company claimed mileage of 65 km/l, which is pretty decent for a 150 cc engine. The recent BS-VI upgrade has also fine-tuned the emission and exhaust, which will have a positive impact on fuel efficiency.

Bajaj Pulsar 150’s unmatched power and performance, topped with an attractive mileage, set it apart from the other bikes in the segment. The quick availability of spare parts and Bajaj’s enormous service chain put the bike on the desired list. Thus, the respect and love for Pulsar 150 are here to stay regardless of the time, era, or market climate. 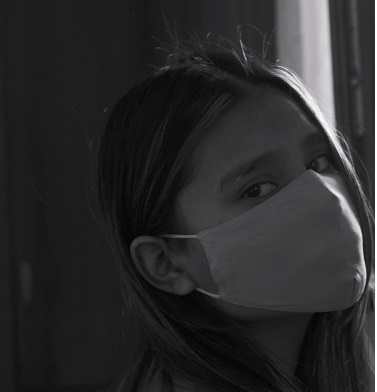 smriti roy
I am a final-year MBA student. I love to writes on many topics. I love to travel, listening to music. In my free time, i like to cook delicious food.

Looking for a Used Car Dealership Near Seattle, WA? This One Is the Best